Finnish Bioeconomy – How to communicate the concept and opportunities? 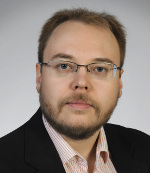 Early October, during the biomass Chemistry lectures for the 20 odd international students pursuing the MSc degree in Wood Materials Science, I was faced with a problem: How to describe them the Finnish concept of Forest-based Bioeconomy?

It’s not that there isn’t readily available information. A lot has been said about the topic, especially during the last few months. The problem is how to present it in simple terms without the conceptual jargon. It turned out to be difficult. About an hour later, leaving conversion processes aside, it seemed that they had grasped the idea.

For those who understand the history and current state of the Finnish forestry and wood refining industries the concept is quite tangible. It is nicely summarized by the national strategy, regardless of the processing methods and specific end products. For those not that familiar with these issues the notion at first seems just fancy hodgepodge.

After this lecture I made a mental note to self; next year we need to have a whole course covering this topic. Not just from forestry and biology to industrial conversion of biomass, but also a wider perspective: the various new products and economy, ecology, sustainability, policy and governance aspects of national renewable resources. Presently, it seems that we will have that included in the curriculum next autumn.

Sadly, this was not an isolated event. On another course, attended by mainly Finnish students, the same topic came up and the response was identical. The idea of Bioeconomy was not familiar at all, not even to the people who are interested in forests and refining of its biomass. How then, I wonder, does it appear to the general public? It seems that the identity crisis and the notion of forest-based industries as a declining ‘sunset’ industry that has seen its days of glory sometime in the 1980’s is a stigma that we still bear.

The added value of Bioeconomy as a term as such should be a household name, familiar to all and something identified as a genuine step forward and a golden opportunity for Finland. So far, it appears this is not the case. Even in academia it’s sometimes hard to keep up with e.g. green economy, circular economy, low-carbon economy and bioeconomy.

If we truly feel that Bioeconomy is the future and something that will drive the economy in the coming decades, then it is also something that needs fresh ideas, young people with interest and drive – the same kind of spirit that is nowadays associated with people that slingshot birds on pigs or make the event of pitch talks in a podium a global news.

Now that I am preparing the new course on the concepts of Bioeconomy for the students at University of Eastern Finland, the task has pushed me into long discussions with plant physiologists, social scientists, business, law and health professionals. I feel very happy about it because I also learnt many new perspectives in the process. I hope we can also pass these insights on to our students during the coming semesters.

Antti Haapala is an Assistant Professor in Wood Materials Science at the University of Eastern Finland Joensuu campus. He has a PhD in Process engineering, MSc in Economics and interest to promote research and education related to woody biomasses.
Tel. +358 44 520 2849
Email: antti.haapala(@)uef.fi