Transition Governance towards a Bioeconomy: A Comparison of Finland and The Netherlands 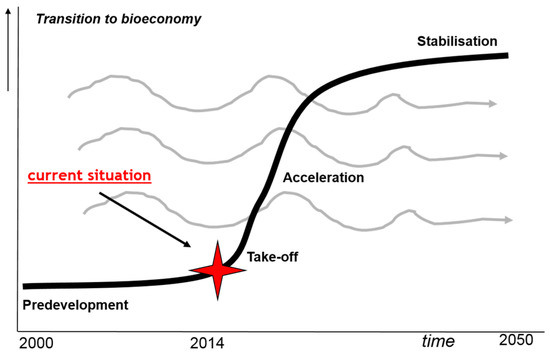 Picture: Assessment of phase of the Finnish bioeconomy transition.

In both Finland and The Netherlands strategies are being developed to switch from fossil to green resources in order to tackle the challenges of climate change and resource dependencies and to tap into the economic opportunities that arise. A study made in the Erasmus University Rotterdam compares the bioeconomy strategies and actions of these two countries.

Rick Bosman and Jan Rotmans from DRIFT (Dutch Research Institute for Transitions, Erasmus University Rotterdam) investigated the similarities and differences in the transition process and governance strategies with respect to the transition towards a bioeconomy in both countries, using transition management as an evaluative lens. The research method involved comparative qualitative case study analysis through action research. 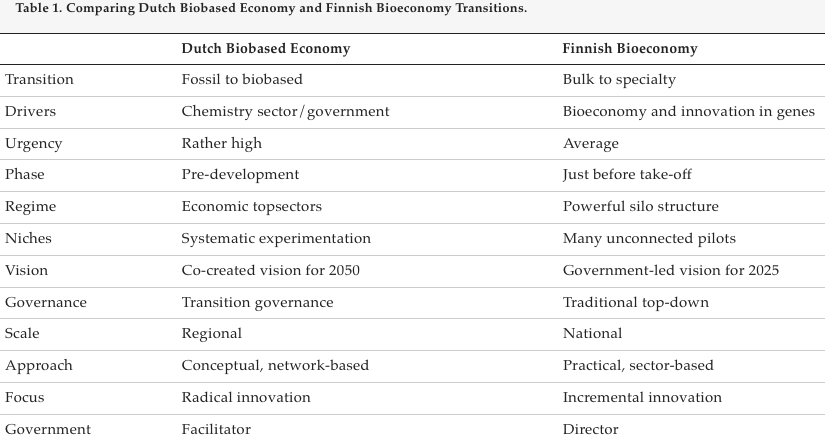 They found that the governance approach in The Netherlands focuses on co-creating a long-term vision that informs for short-term action, on facilitating bottom-up regional clusters and promoting radical innovation through cooperation between vested players and frontrunners. Finland adopts a more traditional, top-down governance strategy, focusing on the shorter-term economic opportunities and incremental innovation that keep the overall structure of existing industries intact.

“If we look at the characteristics of the transitions we signal that in The Netherlands it is mainly about breaking away from fossil resources and moving towards biobased resources. In Finland the focus of the transition lies more on the shift from bulk dominated production to high value added specialty products, because of its already high share of bioproducts in the overall economy. The main drivers for the transition in The Netherlands are the chemistry sector and the government. In Finland the process is embedded in the generic structure of the nation. The forests play a key role in Finnish society, which is illustrated by the large number of private forest owners. In The Netherlands we observe a rather strong sense of urgency for the bioeconomy, while in Finland this is average. Paradoxically, this has to do with the fact that natural resources already play such a large role in the country and therefore the urge for real change is less strong.”

They recommend that Finland’s governance for the bioeconomy be improved by applying insights from transition management, while the Dutch approach runs the risk of being captured by vested interests.