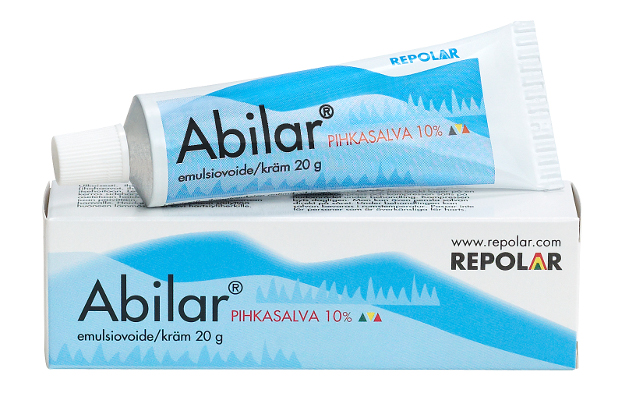 Wood contains thousands of compounds, though only a fraction of them are known to us today. Many of the compounds are linked to the tree’s defence mechanisms. They protect the tree against fungi and many other pathogens. Scientists are now investigating whether these compounds could also benefit people. For example, spruce resin protects damaged bark surface from fungal spores, and it has also been used to treat human wounds throughout the ages. Now, the efficacy of resin in wound treatment has been verified in medical research.

Xylitol is also known as birch sugar. The name reveals the origin and purpose of the compound. German and French scientists discovered xylitol as a chemical compound back in the 1890s, but it wasn’t until the 1970s when its benefits in dental health were discovered and verified by scientists in Finland.

Antibodies for high cholesterol and cardiovascular diseases have also been discovered in wood. Pine compounds can be used to make plant sterols and stanols, which are added to margarines and yogurt products. When consumed regularly, these products can help to reduce cholesterol.

Betulin, a product of birch bark, also reduces cholesterol. Betulin gives birch bark its white colour, and it has strong antibacterial properties. The use of betulin in medicines has been researched in Finland as well as other countries including China. The betulin molecule is so large that it cannot penetrate the cell wall. Medical researchers are trying to use betulin to protect the cell surface against diseases. Betulin has been found to limit the activity of the HIV virus. The possibility of using it as an HIV drug is currently being studied.

The part of the tree branch which is inside the stem is called softwood knot. A compound called HMR lignan is harvested from the knots of spruces. It can help to prevent cancer and cardiovascular diseases. Another Finnish invention, the HMR lignan is also being studied for possible application as a HIV drug, just like betulin.
All compounds extracted from trees can be harvested at pulp plants during pulp manufacture. In future biorefineries, wood will have increasingly more diverse uses as an ingredient in a range of different products. The study and discovery of new compounds with health benefits from trees and other forest products are ongoing. In addition to the pharmaceutical industry, the cosmetics industry is also interested in products originating from wood.

Text and photos are from the info cards in the presentation briefcase on the Finnish forest sector. The idea of a briefcase with various kinds of samples to present this diverse sector came from the young people themselves. The briefcase has been handed out at visits to upper secondary schools.

More information on the briefcase and visits: vilma.issakainen(@)smy.fi and anne.kettunen(@)forestindustries.fi.