Meet the Scientists of the Future Bioeconomy part 3: Engineering the cell factory 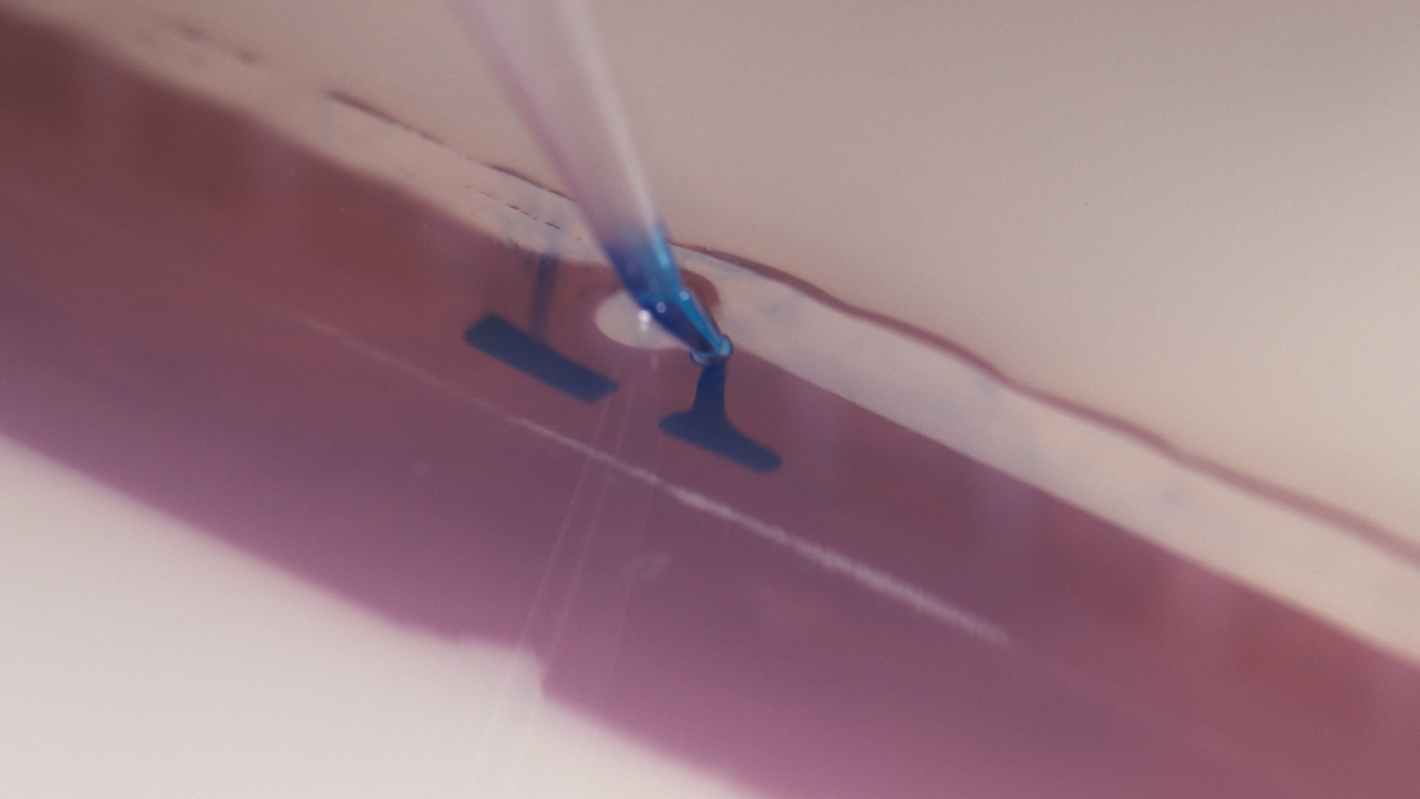 To stay competitive, industries need to increase their productivity. Typically this is done by improving the process of manufacturing, the factory efficiency. Synthetic biology is no different. Natalia Kakko, a doctoral student at the Center for Young Synbio Scientists, is working on the vital task of streamlining the productivity of cells. Improving “cellular factories,” could enable many synthetic biology-based companies to be more productive and more profitable, as well as support several UN sustainable development goals.

Imagine the subway system of one of the world’s biggest cities. A complex map of thousands of entry points, stations and combination of possible routes. Now imagine this as a map of processes happening inside a cell. What if you could shut down some routes and stations to make sure only the most important starting points and destinations would be available. This is an analogy of what streamlining a cellular factory is all about. In order to produce something specific for us, a cell’s internal chemistry must be directed as much as possible towards the product. If the cell stops making proteins for its own growth and redirects these resources into producing the wanted compound, its productivity will increase and the whole process becomes more efficient. Researchers are thus working hard on the problem: how to optimally engineer the metabolism, aka the functional capabilities, of living cells?

Engineering cell metabolism allows synthetic biologists to re-imagine the future of production. One such synthetic biologist is Natalia Kakko, a doctoral student at the Centre for Young Synbio Scientists working on focusing and honing the behavior of cell factories. Her project aims to alter yeast cells’ productivity by introducing an inducible protein degradation system – a platform that allows selected proteins within the cell to be erased at will. Ideally, the system would limit competition for essential resources, cease cell growth, and focus these metabolic efforts towards producing a desired product, all without causing harmful toxicity to the cell. 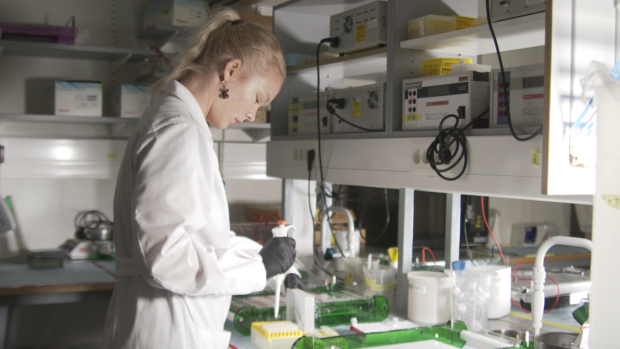 Kakko’s strategy is to use genome engineering to create the protein degradation system. By applying CRISPR/Cas, a genome editing tool, she attaches selected protein encoding genes with a tag that marks up the synthetized proteins for elimination. Once expressed in the cell, a protein degradation system (the ClpXP proteasome), identifies these proteins and shreds them into bits.

Here the protein encoding gene itself is not destroyed, only the protein which it produces. Normally the metabolic engineering targets the genes, but in Kakko’s case, the protein defined by the gene is the target. To understand the process, one can imagine it with the subway system analogy. Now the targeted proteins, enzymes, i.e. the cell’s own catalysts, are trains driving on specific routes. If trains are removed from certain parts between stations, it affects the whole system. The traffic will have to be directed to alternative routes which in the cell’s case are production pathways.

Since the rails have not been destroyed, the trains can be directed or their access blocked in the desired way. The same can be done in the cell: the protein corresponding to the enzyme degradation system (proteasome) is activated in desired circumstances with the help of a promoter. Kakko has demonstrated that the cell’s control system functions as she planned it; that accumulating levels of the degradation system drive down the levels of the tagged proteins. The yeast cell also stops growing while maintaining metabolic activity. Further analysis is still underway to reveal the full effect of the degradation system on the yeast cells’ metabolic activities.

In addition to modifying cell metabolism by affecting the enzyme levels, Kakko can enhance the metabolism also by introducing new genetic constructs into a cell. CRISPR technology can be used to insert genes of metabolic pathways for making a specific compound, or to eliminate genes that interfere with it’s synthesis. Part of Kakko’s research centers around adding production pathways from other organisms into yeast, such as the glycolic acid and muconic acid synthesis pathways.These acids are used for example in producing new bioplastics.

Similar strategies have already produced industrially useful compounds in yeast, including bioplastic polymers, chemicals such as terpenoids and β-carotene, and products naturally made by plants. Manipulation of genetic pathways opens up ways to exploit yeast as a cell factory, optimized it for more sustainable production of desired molecules for fuel, chemical, medical and materials industries. 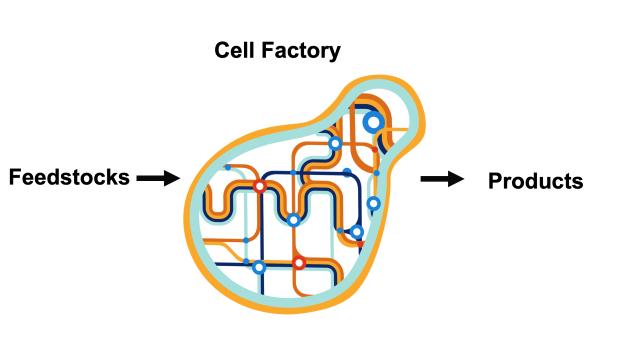 CRISPR/Cas is a gene editing method, whose developers Emmanuelle Charpentier and Jennifer Doudna were awarded with Nobel Prize in Chemistry in 2020. The technique, often also called genetic scissors, is an extremely accurate and fast way of editing the genome of animals, plants and microbes. The method is so recent that the legislation in the EU has not been adapted to it and the member countries interpretations according to its use vary.

Normally The EU minimum directive regarding genetic engineering in contained use is applied to genetic engineering of microorganisms. But a recent EU court decision of 2018 ruled that all new mutagenesis techniques including CRISPR/cas are in the scope of the directive 2001/18/EC on the deliberate release into the environment of genetically modified organisms. However this interpretation is considered problematic, and the European Commission has announced that it will review the legislation regarding new techniques.

Thus gene editing with CRISPR/Cas is permitted, however strictly regulated. In Finland it has been used in closed environments, e.g. in biotechnology and medical science. There the editing of the genome of an organism is always done in laboratories, where the danger of release of the genetically modified organism in the environment is not an issue. If the organism has produced a material outside its system, it can be considered safe and on the other hand the organism itself is always duly disposed of after the use.

Writer Nina Pulkkis is a science journalist and documentary filmmaker. She is the creator of the award winning Future of Finland science -series and the multidisciplinary science project Korvaa. She is specialised in covering themes that include synthetic biology and biomaterials.
nina.pulkkis@synbio.fi, +358 50 4416714, twitter @NPulkkis 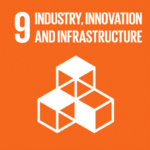 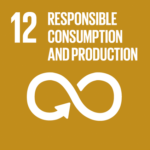 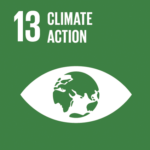 Meet the Scientists of the Future Bioeconomy
The future of our bioeconomy is in the making. In this series we present the scientists and science behind the groundbreaking discoveries that will have a great impact on a sustainable circular bio economy. How will synthetic biology, advanced biomaterials research and new applications using lignocellulosic fractions contribute to a more sustainable future? In this series you will be invited behind the scenes to meet some of our most brilliant young scientists working on solving some of the most pressing challenges of our time.

Read next article: Meet the Scientists of the Future Bioeconomy part 2: Spider ... »