Future food from your kitchen table 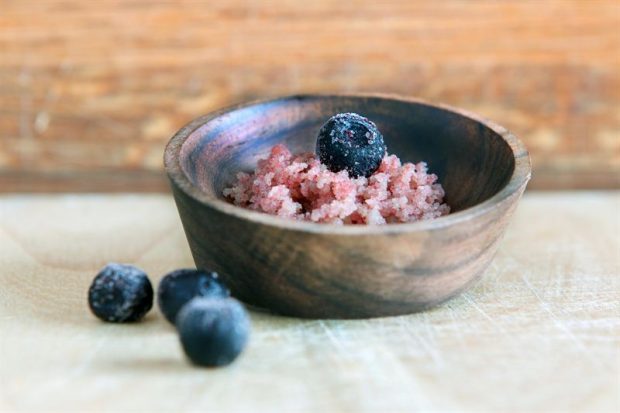 Forget the shrivelled basils! How about a cloudberry or arctic bramble-smoothie with fresh ingredients grown on your kitchen table in a gadget that resembles a design lamp? Time for superlocal food!

The gadget is CellPod and it grows plant cells. The CellPod-concept was developed in the VTT Technical Research Centre of Finland. CellPod reaches out boldly into the future and formulates visions for tomorrow’s food, together with the consumer.

The next big leap: we’ll only grow the best parts of plants

Humans have bred crops for thousands of years. The plants have become more productive and fruits larger and more suitable for human consumption. The green revolution, that started in the sixties, revolutionised agriculture with machinery and efficient fertilisers. CellPod introduces the next great leap – instead of an entire plant we’ll only grow its best parts.

CellPod is based on the idea of plant cell plantations that consist of undifferentiated cells where the whole genetic potential of the plant is retained. These kinds of cells can produce the same nutritionally important compounds as the whole plant – such as antioxidants and vitamins.

Increasing urbanisation creates even greater pressure to produce at least some of our food in the urban environment. Producing food where it is consumed reduces the need for transportation and is more ecological. Today urban farming is developed especially in large metropolises. But the trend is clear here in Finland as well. For example a mushroom farm is built at Hernesaari, Helsinki, and sprout salads are grown in a semi-underground space in Vantaa. Fully automated greenhouses are built in industrial halls and basements around the world.

Urban consumers want to be more in touch with the origin of their food. CellPod brings food production to home kitchens in a new and exciting way. The home cultivation of plant cells doesn’t replace agriculture but it can provide a good addition to future diets.

CellPod is the first cell plant device for domestic use

Plant cells have been grown in bioreactors under laboratory conditions for decades. Now a number of inventions enable the development of much simpler growing devices. With CellPod anyone can grow plant cells at home. Buy a capsule of plant cells of your choice and put them in your device. Just add water and flick the switch.

Cellpod creates ideal growing conditions for plant cells which are ready to harvest in about a week. The first 3D printed prototype is bubbling in VTT’s plant biotechnology laboratory and research on the product ideas around the concept is underway.

New kind of food from the northern natural resources

The CellPod concept enables a totally new way of taking advantage of the diversity of the northern nature. Cells from e.g. arctic bramble, cloudberry and stone bramble are collected from VTT’s extensive collection of strains. In cell cultivation even plants not traditionally used for food become potential healthy food. In future, you might even have birch for breakfast!

Plant cell cultivation enables the development of completely new types of design cells. When the actual plant physiology is no longer a constraint, it is possible to design cell cultures tailored to nutritional needs. The growing conditions, such as light, heat, and various signal molecules, also affect the compounds the plant cells produce – just like in nature. The more of these factors we know, the better we can influence the kind of food we can produce in the future.

The future is designed in co-operation with the consumer

Food related new technologies generate a great deal of enthusiasm, but also suspicion and doubt. Food produced by the cell cultivation technique is unlikely to be an exception. Therefore the CellPod concept has been developed from start together with the consumer on VTT’s open innovation platform Owela. Trough Owela everyone interested in CellPod, or other new cell culture-based methods of food production, was able to participate in the discussion and the development of the concept. The project can also be followed on Facebook and the project website www.TheCellPod.com.

The CellPod-concept is developed as part of VTT’s Innovative Business of the Emerging Technologies (iBET) project. The target of iBET projects is to refine innovative future technologies from fresh new ideas generated at VTT.

Written by Niko Räty and Lauri Reuter from the VTT Technical Research Centre of plant biotechnology group. Niko Räty is the designer who is working on his master’s project at Aalto University’s Creative Sustainability programme. Lauri Reuter is a researcher whose dissertation focuses on plant cells as protein-producing cell factories.